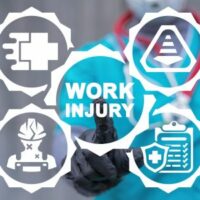 Workers’ compensation insurance providers no-fault coverage for workplace injuries and medical conditions. This coverage applies in a wide range of scenarios, from traffic accidents to injuries caused by heavy equipment. Even conditions caused by overuse, such as carpal tunnel syndrome, can fall under this category, despite the fact that an employee may not be able to point to a single accident as the cause of the problem. Fortunately, injuries caused by workplace violence also qualify for coverage under the workers’ compensation system in Pennsylvania.

This does not mean, however, than an injured worker won’t find him or herself facing an uphill battle when attempting to collect benefits, so if you were hurt because of a violent act committed by a coworker or customer, it is important to contact a Wilkes Barre workers’ compensation lawyer for help when seeking medical and wage loss benefits.

Which type of violent act an injured employee was involved in can help dictate the course of his or her workers’ comp claim.

How Common is Workplace Violence?

On-the-job violence occurs much more often than most people realize. In fact, the Bureau of Labor Statistics estimates that in 2019 alone, nearly 21,000 private industry workers missed work because they suffered physical harm or a psychological trauma as a result of workplace violence. More than 20 percent of those employees couldn’t return to work for more than a month. Around 68 percent of the victims were women and 70 percent worked in the healthcare or social assistance industries.

As long as an injury occurred at work, or in the performance of work-related duties, it should be covered by workers’ compensation insurance. This means that the injured party should qualify for coverage of all medical costs associated with the injury, as well as reimbursement for a portion of his or her lost wages. An employee may, however, not be entitled to coverage if it is determined that he or she instigated or provoked the attack. Workers who were under the influence of alcohol or drugs at the time of the incident may also be denied benefits.

To find out how an experienced Pennsylvania workers’ compensation attorney can help with your own workplace violence case, call the Figured Law Firm at 570-954-9299 today.

By Figured Law Firm | Posted on March 1, 2022
« Preparing To Testify In Your Workers’ Compensation Case
Watch Out For These Winter Work Injuries »